I was feeling ambitious. I had been yomping up and down steep hills well above 2,500 meters for more than two weeks now, and I wanted to see if this whole altitude-training, red-blood-cell, hyper-fit malarkey was actually true. Incidentally, Easter Island is the location that I originally had in mind when I decided to start this whole Short Runs in Strange Places business, and my running shoes were starting to give me accusing looks again. So I went out for a short jog: from our guest house in Hanga Roa up the hill to the Birdman Ceremonial Village and back. Easy. 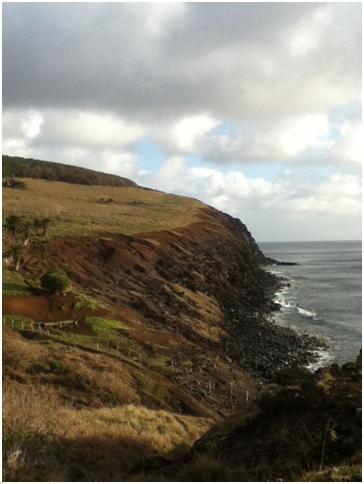 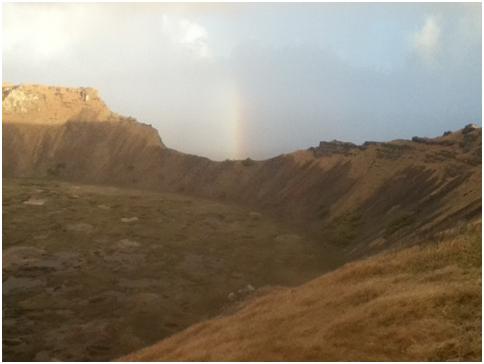 The view from the lip of the crater

The outcome? Well, I have no idea if I am any fitter than I used to be, as I never would have attempted something so patently stupid before. Still: just over seven miles; 300 meters up and down; slow at 85 minutes; came home to Lucy covered in mud, blood and soaked to the skin. Epic.

[PS: check out the crater on the satellite photo above!]