So, hiking in Torres del Paine like the intrepid adventurers we are. Hurrah for us!

Only on the last morning there, I did something epically stupid. I left my passport, safely wrapped up in its executive money belt, underneath the pillow of my bunk bed in the hostel. The hostel that is a 2 hour hike up a mountain. And then a further half hour bus ride away to get to the exit to the park. And then a further hour and a half or so bus ride from the exit of the park to the point where I realized that I didn’t actually have my money belt on, and stopped breathing for a moment or so.

Of course, what with there only being 2 buses a day to take you out of the park, by the time I realized this, it was 3.00 pm. By the time we got back to the hotel at the start of the hike up to the hostel, it was about 5.15 pm, and the last bus out of the park leaves at 7pm. And of course, we had a fairly hectic schedule of travel lined up over the following days, starting with a 12 hour bus ride leaving at 7am the following day, and a plane ride the following day at 8am. So without a passport, we were at the very least in for a few days of intensive hassle and several hundred dollars in travel cancellation fees. At the worst we’d (well, I’d) have had to go to Santiago to collect an emergency travel document…travelling by bus. For approximately 40 hours.

Oh and I’d been on the phone to the hostel a total of 3 times by this point. First time to hear that they hadn’t seen anything, but that they’d go and take a look for me. Second time, to assure me that they had now cleaned and searched the entire hostel top to bottom and still not turned up a passport. Third time to re-iterate that they had of course looked everywhere, including underneath the pillow of bunk 18 as I’d asked, and that the passport was nowhere to be found.

Safe to say that life was not looking good. I mean, what’s the chance of completing a 2 hour hike up the mountain, searching a rather large hostel for a rather small money belt that hasn’t been turned up by a team of hostel workers in 2 thorough searches, successfully discovering such passport, then hiking another 2 hours down the mountain, all within the just over hour and a half we had left before the bus left??

Enter James, in future to be known as My Hero.

He did it. RAN up the mountain in about 45 minutes. Spent 10 minutes scoffing chocolate to recover, before finding the passport…..yes, you guessed it, underneath the pillow of bunk 18, right where I’d left it, ran DOWN the mountain in half an hour and made it to the bus with 5 minutes to spare.

I’d say no sweat, but that might not have been ENTIRELY true……

Still, I think that that’s pretty darn amazing and I owe my lovely husband-to-be an epically sized thank-you! 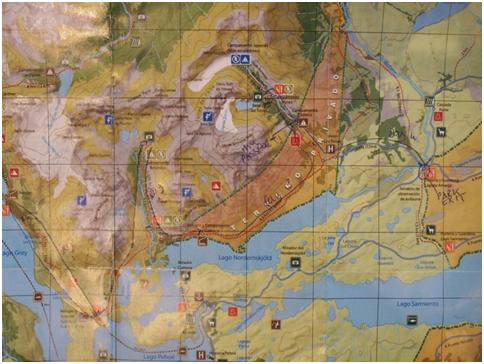 Worst EVER location to forget one’s passport… 2 hours up a VERY large hill…..

One thought on “My Hero…”