One of the moderately strange things about our epic journey is that, given the amount of far flung and exotic places we’re going to, we end up transit-ing areas that would usually form epic destinations in and of themselves. Perhaps the classic example here is Beijing – which I recall going to only a few years ago as the highlight of a visit to China, and which this time round we passed through, for a day or so at a time, either side of our trip to North Korea. A place to eat some tasty food, get some laundry done (surprisingly difficult – the phrase Chinese laundry evidently needs re-working) and to marvel at the modern, global big city stereotype that is Beijing nowadays.

Also to go visit the Forbidden City and Tiannamen Square and get our first go-round at the great debate on modern restoration programmes. The Forbidden City was touched up pretty zealously pre the Olympics – whilst some areas of faded grandeur remain, the majority of the larger sites have been thoroughly worked over with a good coat of paint and plenty of gold leaf. Many complain that the City has lost its romance, its air of history – but on this occasion, I’m actually on the side of the restorers. Grass growing from the rooves has its own charm, but I just can’t picture the Emperor-gods of China, or more particularly the famously bloodthirsty (and quite probably mad) Empress Cixi in this placidly tranquil environment.

Bring on the glitz and the dancing girls – but make sure to keep the oil cauldrons nice and hot whilst you do so. 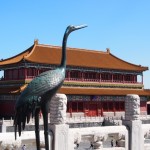 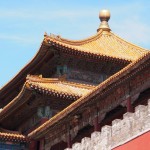 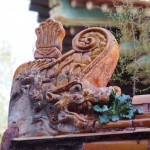 From the unrestored – you thought I was kidding about the grass, right 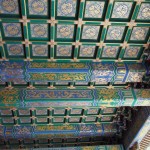 To the modern and rather bling interpretation 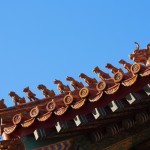 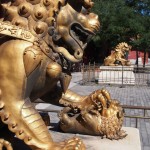