Some experiences, as they say in the Mastercard ad, really are priceless. Although disappointingly often, you need some dough to be able to afford them.

Point in case: ballooning over the temples of Bagan. I mean, there are literally hundreds of temples in the Bagan plains (yeah, I know thousands sounds better but I’m not sure there are actually thousands of the buggers – meaning I wouldn’t be able to use the word “literally” there with any kind of sincerity. And I think the literally added a certain something, y’all feel me? Not to mention the sincerity, which of course goes without question. Anyway. I digress. At this rate you’ll all start thinking this is a James blog post. Hmmm.). One could never see them all on foot. Well, obviously one could, but unless peering into hundreds of near identical temples in the stinking heat of a full Myanmar summer is really your thing, then I’m pulling the “life’s too short” card.

The total wow factor of Bagan, pretty much unlike anywhere I’ve ever been, relies on volume. The temples in themselves are wonderful, but not something you’d necessarily travel out of your way for. The temples, scattered across the plains in their hundreds (thousands? Some literary leeway here??) feel like an absolute testament to the will of man. Or maybe an act of God. Although when you look closer, you realize that the temples themselves are all really badly built – the work of the dodgy eastern European builders of a millennium ago, still standing proud after a fair old passage of time and only a small number of millions of UNESCO funding. So that should make you feel better about your downstairs extension.

And the best way to see this spectacle in all its grandeur is, without a doubt, from the air. We did this from the roofs of some nice tall temples that we spotted along the way, and that was pretty cool. And then we spent $300 each (ouch!!) and went up in some balloons, shortly before sunrise and that was completely, mind-blowingly AWESOME. Worth every penny, and this despite the fact that they made me get up at like 5 am.

Why so amazing? Well, a combination really. First the incredible view of all those temples – for the first time you really get a sense of the scale of the site. Then there’s the light – both the beautiful glow of sunrise and also the early morning river mist providing a sense of uniqueness to everything you lay eyes on. Plus the fact that you drift on by all these amazing sights with almost no noise.

It’s a verging-on-the-spiritual experience. Which is quite something given that the other occupants of our particular balloon were shooting a Digicel (mobile phone company) commercial, so our experience in the clouds was punctuated from time to time with the glorious sounds of “yeah, baby, make like you just got that text from your man”, “talk into that phone buddy” and, of course, amusing ring tones.

Travel. You can’t make this stuff up. 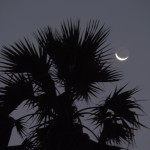 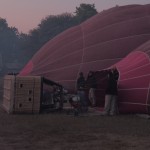 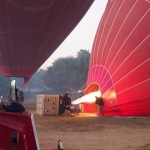 OK maybe more than half 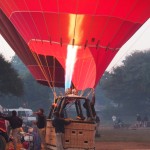 Who is your DADDY? 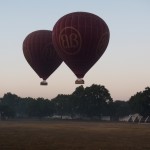 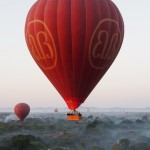 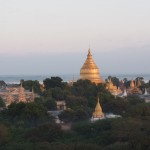 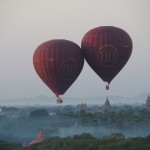 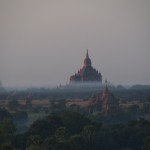 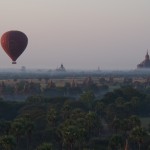 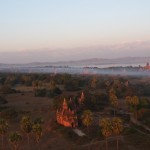 But hey, it was early. We earned it. 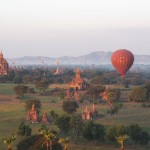 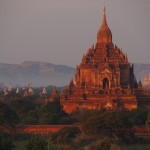 The early bird and all 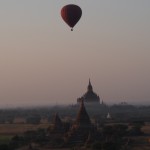 Appreciating this ain’t no worm…. 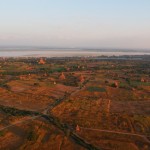 Why d’ya reckon they call this Plain of 1,000 temples? 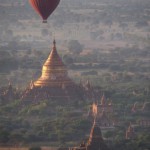 Note to self. Do NOT land on the spiky bit 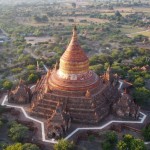 Even though it’s rather beautiful 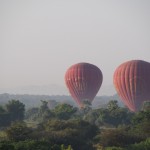 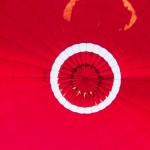 Yeah successful landing for us! 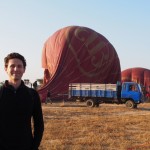 Big smiles all round