So we are getting the hang of this Antarctica lark. Our room is right at the front of the boat, so the routine is to get up after a night of being gently rocked to sleep by the ocean; look bleary eyed out the window at a few passing icebergs; head down for a hearty cooked breakfast; climb into our parkas, waterproof trousers and fluffy hats; hop in a zodiac and off we go. And this morning was like any other, except for the huge protective steel plate the crew put over our window which blocked out the view – apparently this the sort of thing is standard when you are dodging icebergs in the night. Oh well, I guess we can just about cope with that.

But what exactly were we going to do today? We had already ticked off our Antarctica must dos – we had seen penguins, whales, icebergs, seals and glacier covered mountains. We had already toasted each other with mulled wine in a zodiac while being rocked by the heavy swell from gargantuan chunks of ice falling off the side of cliffs hundreds of meters away. We had already tobogganed screaming down the side of a glacier. I mean, what else was left?

I don’t know if the crew choreographed it or whether it was just sheer good luck, but the third and last day of our visit to Antarctica was simply unbelievable.

And now, the photographs… 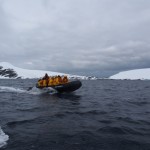 Just messing about in boats 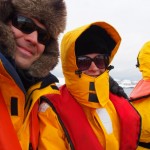 The happy couple. Aren’t we glamorous? 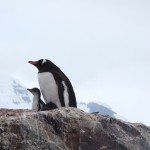 I know I’m a bloke and all that, but awwwwwww! 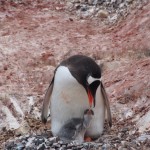 Even the fact that they are regurgitating partially digested fish doesn’t make them less cute. Ok, so actually yes it does 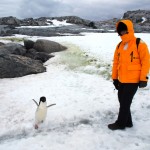 No, after you sir – I insist 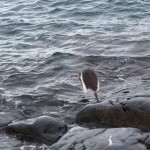 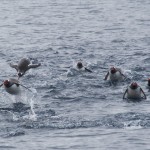 Oh, did we mention that penguins jump out of the water in huge flocks? All over the place. All the time. 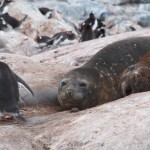 Hard work being an elephant seal 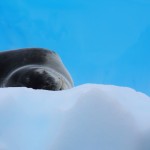 Hard work being a leopard seal too. 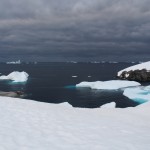 And now for some dark and moody shots of icebergs! 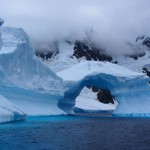 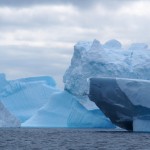 We have dozens of photos just like this. Choosing has not been easy! 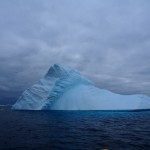 You can see marks showing how they have been floating. Must have been a hell of a capsize! 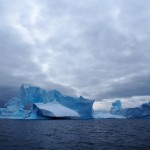 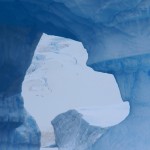 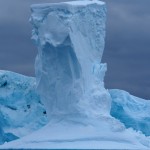 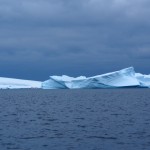 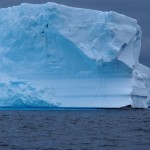 Another iceberg. Now, shall we play spot the whale? 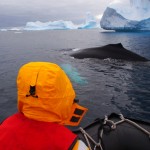 Now THAT is a whale sighting 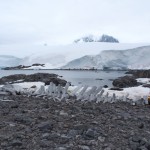 Another kind of whale sighting. Gives a sense of scale (and a sense of the impermanence of life, dude) 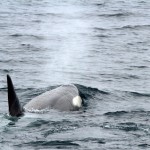 Thar she blows! (although actually, it’s a he – you can tell from the shape of the fin)

One thought on “Trip of a Lifetime (yet again!)”