Of course the Iguazu falls are absolutely spectacular. But strangely, half the reason we ended up having such a happy time in the national parks surrounding the falls was as much about the surrounding jungly stuff as it was about the falls themselves. This is the closest we really got in South America to full on Amazon style jungle intrepidness, and we were lucky enough to see all kinds of cool stuff. No, unfortunately no jaguars (though I did do my finest jaguar attracting call several times a day) and not even any tapirs. But we did see pretty much all the other very typically Amazonian forest dwellers: a caiman hanging about conveniently just underneath the bridge we were standing on; a toucan posing nicely in a tree just above us. Also a very Iguazu only sight – an enormous big predatory fish whose name I can’t recall, bit like a catfish but bigger, which only dwell in the river beneath the falls – the falls act as such a massive segregator that essentially there are two entirely different ecosystems above and below.

Then of course there were the park’s resident menaces: monkeys and coatis. Or as I call them, attack coatis. Yep, that branch of animalhood that is sufficiently cute that all the park goers feed them junk food and them wonder why the animals turn vicious and try to bite anyone with food. Or anyone who doesn’t try to feed them. Or basically anyone who comes a bit close and looks at them funny. It’s one of my major pet hates in life (not just because of the time in Gibraltar when the monkey stole my ice cream although that does still rankle. I mean, I was 25!!) and poor old James got treated to extensive discourses on the subject. In between having to protect me from the sharp teeth and ravening claws of the attack coatis, of course. Just because they’re only 12 inches high doesn’t mean you shouldn’t be scared of them.

I think what I’ll remember most about the park though is wandering through the forest’s dappled shade surrounded by butterflies. There were THOUSANDS of butterflies. Butterflies EVERYWHERE, on our clothes, our shoes, our hands….. 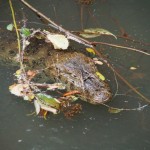 Yeah! The day’s top sighting of a caiman. With its eyes open and EVERYTHING 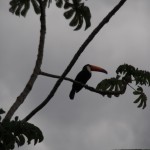 The toucan was pretty cool too. Still don’t know how they fly with that beak….. 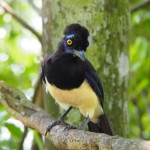 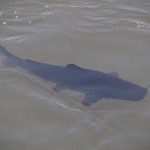 The Below Falls Beasty-Fish. At least that’s what I call it 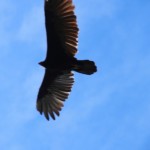 We think this is a black vulture ( or so someone said). Definitely a bird of prey, anyway 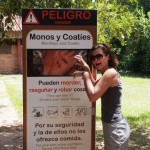 You see – there’s even signs to warn of the attack monkeys, coatis and Lucys 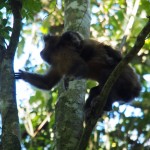 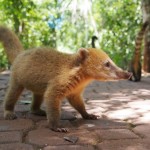 But those attack coatis – see why I was so scared!! 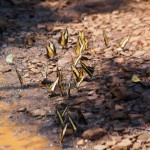 Did I mention there being a few butterflies around 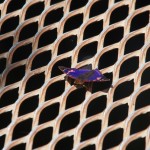 Butterflies really quite close to us 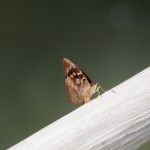 I mean REALLY quite close 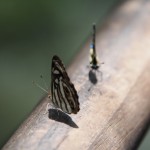 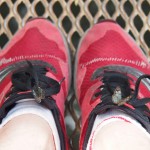 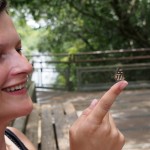 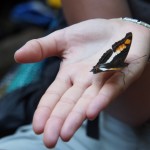 To be honest, I think the BUTTERFLY was touching ME 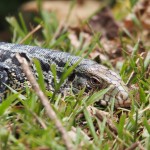 One contented butterfly eating lizard. Wonder why he’s so fat