We were getting to the end of our trip. But there were still a few things that we just had to do.

The more curious / bored of you may have clicked on the about link at the top of the page. No, it says almost nothing about us or our trip. Yes, it just contains a link to a video of what is ostensibly a children’s film. Yes, this is a little odd. And yet, the cartoon of Carl & Ellie, who had a wonderful life together only to come to a crashing realization when it was just too late that there was a personality-defining life ambition that they had somehow never got around to fulfilling… Well, let’s just say it resonated rather.

We have met dozens, and seen literally hundreds of retirees traveling around the world. Mostly sat in large groups on tour buses and in tour hotels, they are each living out their life’s dreams to travel the world. These tour groups actually make it further than many individual travelers – Uzbekistan, Papua New Guinea, Antarctica and other far-flung places are littered with them. But large tour groups are a deeply drab way to travel, and if I had a cliché for every time I heard someone complain about how their aged knees couldn’t take them to the local viewpoints and how they wished they had traveled when they were younger then, erm, I would write for the Daily Mail.

And this brings us to Paradise Falls. For Carl & Ellie this was the mystical destination that defeated them (cruelly, it is shown in the movie as being in Venezuela, just a few hours flight away). For Lucy and me, I decided that our analogue was Iguazu Falls. 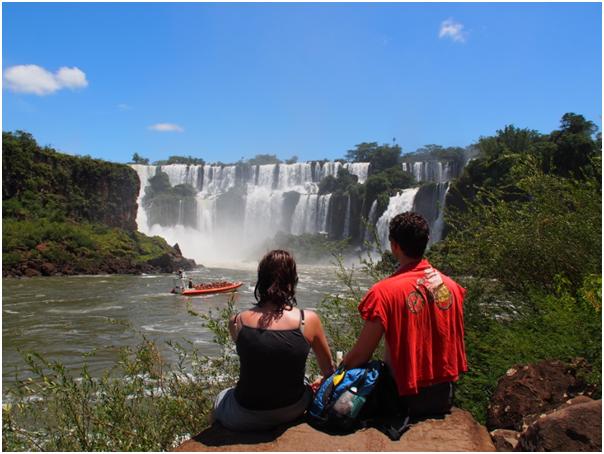 On the border of Argentina and Brazil, Iguazu Falls is a spectacular series of waterfalls set in a national park in the deep jungle. Caimans, Coatis, Pelicans, butterflies and other wildlife abound. There is a long series of paths winding around both sides of the falls – we spent three lazy and wonderful days exploring, getting happily soaked in the spray, oohing, aahing and generally wandering in the jungle. We also drank more than our fair share of good coffee and did more than our fair share of reflecting on the trip.

And what a trip. 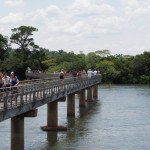 They take you through the jungle on boardwalks 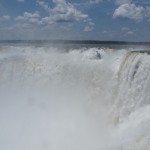 RIGHT up to the edge 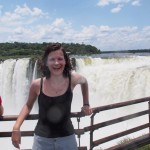 And you get absolutely soaked! 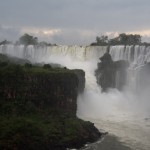 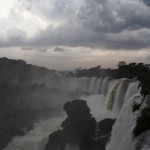 Or rather, hundreds of moody photos – consider yourselves lucky we only published two of these! 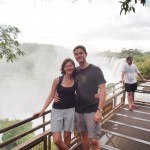 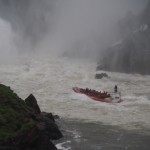 And then we realized you could take a BOAT into the waterfall. We HAD to 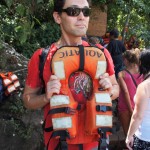 Looking rather worried, until I realise that this is a baby’s lifejacket 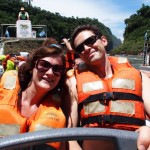 Happier now. And dry too, but not for long! 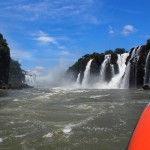 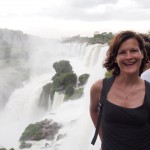 Dry again. Or actually more likely a different day – we got pretty wet after all 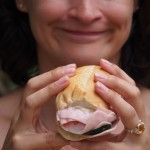 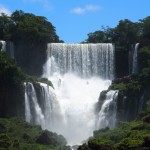 And now for some gratuitous shots of waterfalls 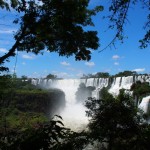 We love gratuitous shots of waterfalls 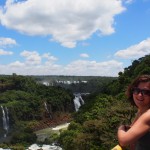 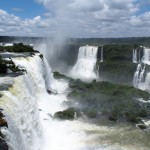 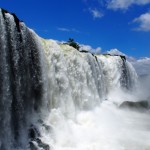 Yet another new favourite photo 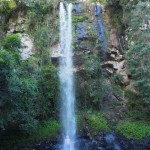