As you can imagine, finishing our world trip has been pretty hard for us; strangely, I feel I have been avoiding finishing the blog because this will mean that Lucy and my journey of a lifetime is finally over.

We are now back in the UK and spring is now finally springing after bland weeks of snow, sleet, estate agents and personal admin. Everyone asks what it is like for us to be back “home” (as well as every single time asking us to name the best and the worst experiences of the trip – don’t worry, it doesn’t get dull, we just give different answers to everybody). In particular I remember a specific conversation from just after we got back: “Well, two weeks ago we were performing at Carnaval in Rio. And now we are in Ikea. In the rain. And to be honest it kinda sucks”.

Emotional aftermath aside, we can think of no better way to finish a Round the World trip than this: it is midnight in Rio de Janeiro, you are standing in a performing school of thousands of crazy excited strangers, surrounded by MASSIVE animated floats, troupes of dancers, glitter, costumes and more marabou feathers than you can shake a stick at (and that is a LOT). The monumental drum section starts, the overamped Samba music cranks up, haphazard but huge fireworks go off announcing the entrance of your school (fireworks!), and you shuffle forwards as part of this good-sized army, receiving frantic shouted instructions in incomprehensible Portuguese from marshals and coaches alike, before turning the corner into the Sambadrome and seeing … banks upon banks of people, crowds of 90,000 cheering, screaming spectators all hyped up on cachaca and adrenaline. They are all looking at you expectantly. And off you go. 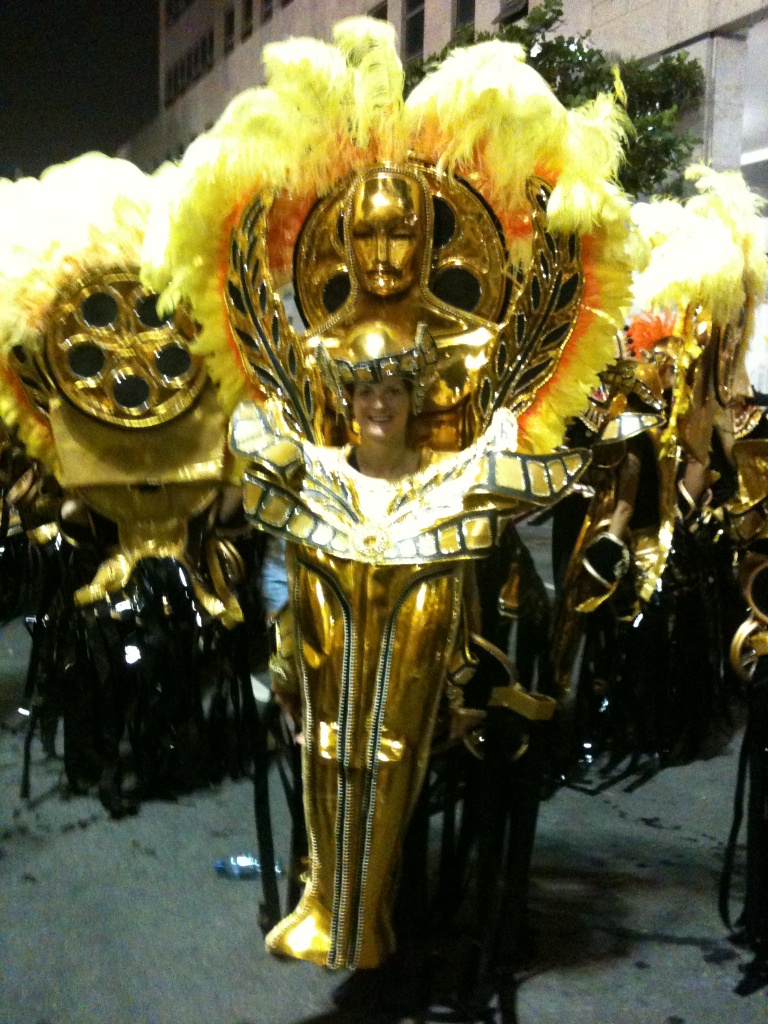 Lucy, looking pretty damned fabulous in her costume. No, we didn’t take the good camera with us!

On our travels I have sadly discovered that I am no Patrick Leigh-Fermor. My prose may be pretty purple at times, but trying to describe utterly overwhelming experiences head on is well beyond my meager writing talents. Hence I tend to default to a series of vignettes to try to convey the thrust of the thing:

And the end result? Well, this is our school’s section of video, taken from Brazilian national TV (our little golden group appears behind the oversized greek amphora / moving cinema around the 37 minute & 53 second mark)…

And the samba song? Ah, the samba song. Uniao Da Ilha, 2013. Thirty lines of random Portuguese regarding the life and times of the poet Vincius (the theme for the school that year). Heavily crammed into our heads during a succession of flights, in a succession of hotel rooms and, memorably, in one Rio beachfront bar where our song came on the radio and the two crazy foreigners stood up and sang it all the way through to a deeply bemused collection of waiters and other early diners. And no, neither of us particularly likes samba music. Those of you familiar with the concept of an “earworm” will therefore sympathize with our mood after a few days of having this bloody song going round and round our heads. Lucy in particular had one particularly bad experience after an unfortunate bout of undercooked-fish-inspired food poisoning, where she was up all night in the bathroom with the song on constant, unavoidable repeat in her brain. The only way I could think of to get the bloody tune out of our consciousnesses was to replace it with something even more catchy – cue wall to wall youtube repeats of Taylor Swift’s We are Never Ever Ever Getting Back Together and a relatively swift descent into teenage singalong insanity. God help us both.

I don’t know how many of you will have made it this far – this post seems to have rambled on a little. Would we do Carnaval again? Would we take friends next year? Well: 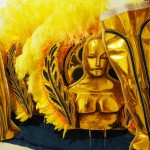 So how exactly are we meant to wear these? 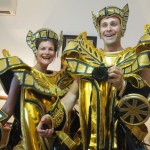 In our room getting ready to go – minus the huge, heavy headdresses 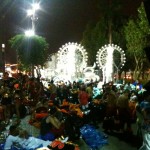 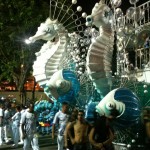 …turn left at the pregnant seahorses… 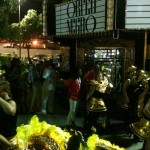 …and finally aim for the back of the cinema on wheels 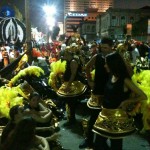 Find your crew and settle in for a long wait 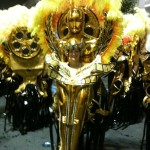 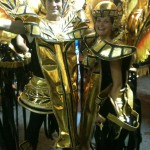