The scene is a high end boutique on Rodeo Drive. Shop assistants clack around in their high heels looking glamorous and slightly mean. The door opens and in walks … Julia Roberts, in Pretty Woman looking for an outfit. The assistants sneer at her, she goes and gets rescued by Richard Gere and much hilarity ensues.

Actually, scratch that. The scene is a not quite so high end shop in New York City. Shop assistants slouch around looking deeply cool and slightly bored. The door opens and in walks … Lucy! (who is a pretty woman looking for an outfit).

Ladies and Gentlemen, if you want to make shop assistants swallow their bubble gum, may I recommend the following attire for shopping in downtown New York City: slightly worn thermals, hiking trousers and huge clompy hiking boots with scuffs and marks from several months hiking up and down lava flows and through jungles. Add to this a general air of world weariness caused by five days partying in Rio; a mild case of jet lag; a full day flying back to NYC via Bogota (of all places); and a plane-door-side row about immigration documents that left one of our fellow passengers (and nearly us) stranded on the wrong side of a slamming pressure door. Top this off (as it is bitterly, bitingly cold) with a short, blue, nylon down jacket bought in Lhasa in preparation for camping in the high Tibetan Himalaya in late autumn and a favorite red scarf from Kathmandu. To say there was an air of polite skepticism in the shop would be an understatement. Imagine a Republican patiently explaining his constitutional right to own an assault rifle to, say, assembled company at a dinner party in South Kensington and you have the idea.

Ah, New York City. It’s good to be back. Shopping, and architecture, and restaurants, and FRIENDS! The best part of a week staying in Tim & Jess’s lovely apartment (and not just because it was one floor below where ours used to be). Out partying every night and most days, catching up with Jon & Tek, and Matthew & Michelle, and Tim & Jess, and Stuart & Matt (not like that) and Jan & Giusy (not like that either, but it would be interesting) and the guys at ex-work. The famously sewn together shoes finally went the way of all things, replaced by a shiny but respectably burgundy pair of lace ups. I finally got a hair cut where the person wielding the sharp implements near my ears spoke more than one and a half words of English. Six pairs of jeans, six pairs of shoes (or perhaps even more) and six good meals later we were feeling almost human again. It was absolutely wonderful.

And then it was time to leave.

You see, we weren’t returning to New York. Part of the grand plan was that we would travel slowly West around the world while all of our possessions traveled East in a shipping container, fitting a life’s ambition to travel into a natural break while we emigrated back to the UK. Our time in America was (and I don’t say this very often) truly life-changing but it was time to move back to the UK and settle down. Family and old friends were calling; Manhattan is a hard place to raise putative future children and we ain’t moving to Westchester for nobody. And we were desperately sad.

We love the UK, but it hasn’t been home for a few years. Hell, we have been homeless for the best part of a year – for me, after months of backpacking and sleeping on hotel beds / floors / airplanes, home is where the Lucy is. Moving back and setting up house was going to be a logistical struggle, moving back in the depths of winter after sunny South America was going to be an emotional one. Recognizing this, we nearly didn’t go back via familiar New York at all – why make things hard on yourself? In the end, the intricacies of airmiles (OK, so Avios, but who’s counting?) tipped the balance, and so we found ourselves facing down snooty shop assistants, TSA officials, and NY maitre D’s all over again.

Guys, we wouldn’t have missed it for the world. Bring on the UK! 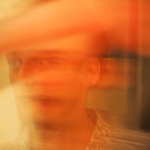 Several, very out of focus… 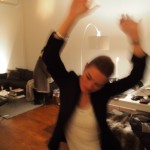 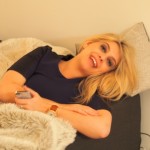 …people who we love… 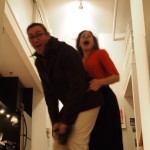 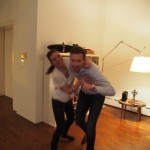 …been dancing a little