The first in an occasional series, whereby I try not get myself mugged while vainly trying to keep fit on the road and simultaneously confuse my iphone satnav. File this first post under future nostalgia – a reminder of runs at home, where there were shops selling ice-cold mineral water and chocolate bars every two hundred yards.

London: my favorite run – across the river from our old office. Running East down the South Bank of the Thames is like running back in time, as you slowly peel back the successive layers of gentrification spreading out from the City. I once ran a half marathon along this route by accident, but that is another story. 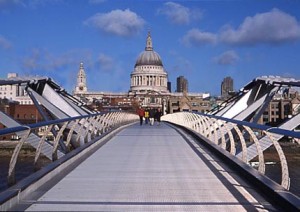 St Paul's across the Millenium Bridge

New York: West from our apartment to the Hudson River, then down the West Side Highway to Battery Park. An hour of trying not to appear too competitive among the crowds of hyper-fit New Yorkers, rewarded by a distant but wonderful view of Lady Liberty at half time. 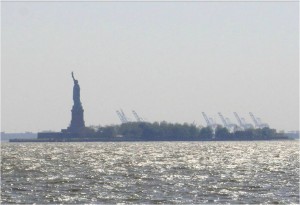 Tonight we decided to start our extended goodbye to New York by revisiting a couple of our favourite cocktail bars, one uptown and one downtown, with the obligatory white knuckle taxi ride between the two.

Perched on top of the Peninsula Hotel on 55th Street, the Salon de Ning comes complete with Shanghai madam portraits hung flat on the ceiling, a mid-level view through the forest of skyscrapers down to Central Park and a semi-serious cocktail list. There are occasional traces of cigar-chomping-mid-town-macho, however, so try to go off peak (and try not to order a single malt on the rocks with a cocktail straw). If you ever find yourself living as happy expats in New York and trying to impress out of towners, this is the place; we are thoroughly looking forward to bookending our trip as out of towners in Felix’s at the top of the Peninsula Hotel in Hong Kong (hi Kean!). The Passion Martini is short, sweet and deceptively fierce. They also do beautiful things with cucumbers and orchids, although fortunately not at the same time. 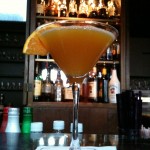 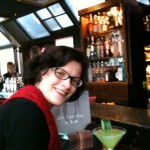 Lucy at Salon de Ning, with a glass of purest green 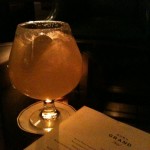 The Grand Margarita at the Soho Grand – comes in a balloon glass the size of a fist, which is strangely appropriate

We have history at the Soho Grand. Although I like to think that I eventually got the hang of business New York-style, my first serious attempt at hard-ball negotiation in the USA got Lucy and me thrown out of our first – admittedly temporary – apartment on Bleecker Street. We took our suitcases and the remnants of our dignity and checked into the Soho Grand. We had stayed here while we were apartment hunting, and with our second visit added to a growing number of difficult life decisions that were rendered surprisingly simple by the addition of a “Grand Margarita” (think a normal margarita but three times the size and with a healthy slug of Grand Marnier).

If you put our dream destinations into a very large spreadsheet then cross reference: the ideal seasons in the various parts of the world; interesting festivals; major air routes; the (surprisingly strict) constraints of a OneWorld Explorer air ticket; the availability of group tours on three separate continents; and the price of sushi you come up with the following. 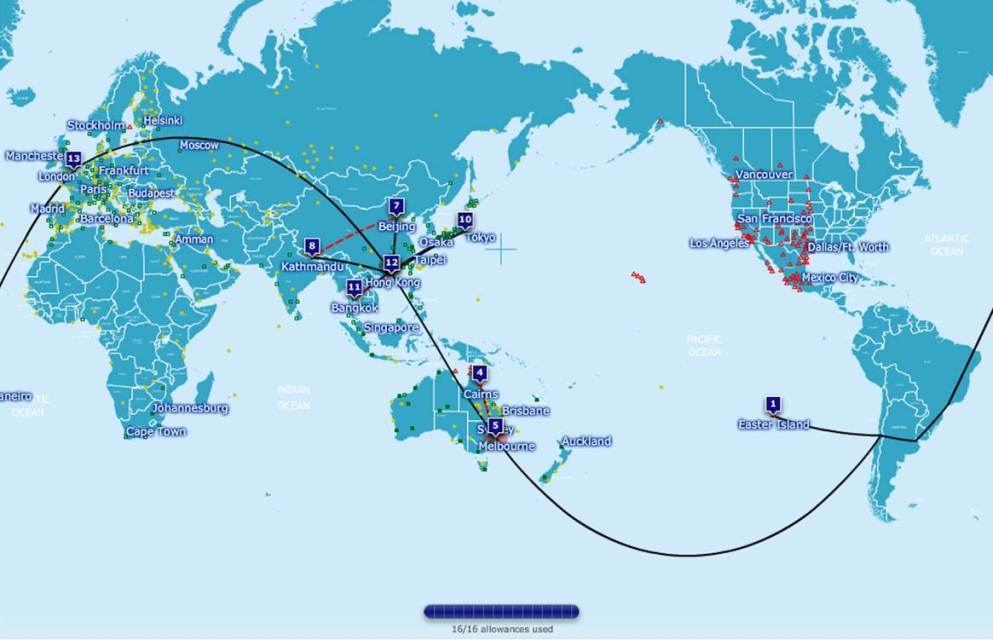 Our main round the world ticket covering about half of our flights. Blank planners can be found at http://oneworldrtw.innosked.com/ for those interested...

Soundtrack: well, we had to include this at some point! Live version, remixed with Better Harder Faster Stronger, amazing.

We would be delighted if anyone were to be passing through any of these areas when we were there and wanted to meet up.

The category “heavy things I want to carry around the world” includes:

Unless we come across a particularly fine drop zone that is (i) somewhere utterly spectacular, (ii) happy to lend me a 170 sq. ft. piece of ripstop nylon and (iii) accept a scanned copy of my log book, I probably won’t be jumping over the next eight months. Sniff.

I am desperately going to miss the camaraderie, the speed, the views, the sunshine, the hanging off the outside of planes, the playing with hi-tech kit, the exercise and the drop zone food (OK, maybe not the food). Fortunately, before we headed off Mirko had the sense to have the world’s best bachelor party down at the drop zone at Cross Keys.

Guys, I’m going to miss you. See you when we get back.

Our kitchen table has been looking a little submerged recently…

No trees died in the making of this trip, honest.

So you’re sat there, absent-mindedly twirling an old-fashioned globe with your left hand  with google maps open on the laptop on your right.

Where to? It’s the travel equivalent of standing in an aisle at Walmart staring at a seemingly infinite range of fabric softeners. How do you decide? How do you even start deciding? 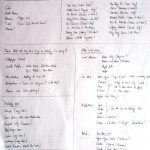 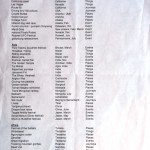 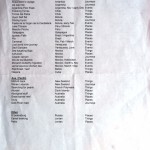 Iterate until thoroughly sick of the thought of leaving home and you end up with an incredible itinerary, which includes almost none of the places you originally dreamed of. Result!