So we went online and hired a compact car to take us across the States.

For those of you who are European, a short teach-in: rental car companies over here have historically bought cars very cheaply by locking themselves into long term bulk purchase contracts – good for Chevy, good for Hertz, until there is a massive economic downturn and smaller, more environmentally friendly cars become fashionable. At that point Hertz etc. have huge inventories of huger cars that nobody wants and that they can’t stop buying. Whenever you hire a car, therefore, they either beg or force you to take a free “upgrade” to some monster truck that does about eight miles to the gallon and steers like an ocean liner.

Anyway, rant over. Hertz gave us a “compact” Toyota Rav4, which full of fuel, people and luggage weighs a little shy of two tons(!). We stamped our little New York feet, and after much aggro and driving around town we ended up with a brand new shiny black Subaru Impreza with about 750 miles on the clock. Result!

She’s beautiful. She doesn’t have a name (unless someone wants to suggest one), but she sits happily on the motorway at 80mph for hours at a time, she handles beautifully, has just enough room for our luggage, comfy seats and a good stereo. Road trip car heaven, unless … you happen to take a black car from its native habitat of New York City and take it into the 100 degree heat of the sunniest places in the United States. Leave her in the sun for anything more than a few minutes and you come back to a shiny Japanese steam oven on wheels.

But we are resourceful, practically minded people. So far our little car has been: 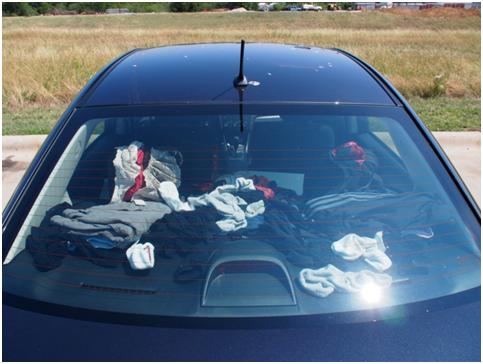 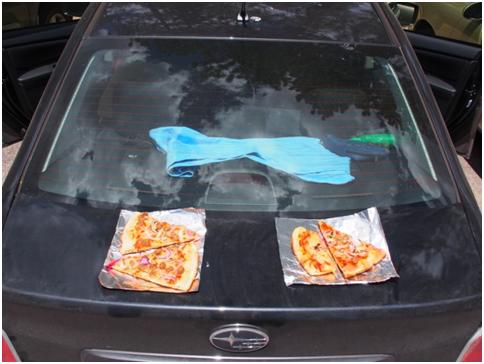 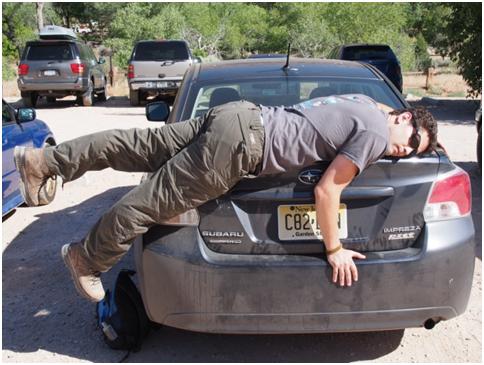 Any more suggestions on a postcard please!

I’ve driven a couple thousand miles, including (between the two of us) two or three 6-8 hour driving days [gasp of horror from UK audience / so what? from the US readers]. OK, most of it on incredibly long, straight, long, straight, long, straight roads where a mild bend in the road is a cause for some excitement and the appearance of another car leads to giddy euphoria, whilst in between times, audio books keep us just the right side of sane.

But still. I’ve crossed 15 states (and one District). I’ve experienced all the climactic challenges the southern United States in summertime can throw at me. Sun so bright it blinds. Nights so dark other cars’ headlights blind. Thunderstorms, lightning and flash flood warnings.

One final frontier remained however. I’d never driven alone.  Where best to break this taboo? Well, I read about a certain road…:

“Although the surface is unpaved, only large RVs and unusually low clearance cars should not make the journey. Heavy rain may temporarily make the road impassable for all but 4WD vehicles, however. The drive is 17 miles long of which 13 miles is a one-way loop, and typical times for the full trip are 2 to 4 hours. 15 mph is the nominal speed limit, and some places are too rocky and bumpy to go any faster, though other sections are quite smooth (with a surface of hard pressed sand), and up to 40 mph is possible.”

How could I say no?!

The road in question is actually the self guided scenic tour of Monument Valley; James unfortunately couldn’t join me on this so the logic for the virgin solo drive became compelling. The conditions are every bit as bad as described and then some, but with the phenomenal views on all sides, who cares? (Well, James, but I got the car back safe and unharmed so he can’t really complain). Driving on my own over rocky twisty turny dirt roads ended up being a blast and an experience I wouldn’t have missed. We’ll post full piccies of Monument later – most were taken on this drive so you’ll see just how amazing it really is. 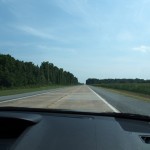 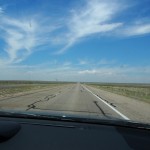 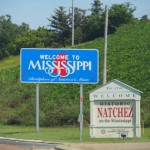 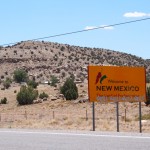 And another. After a while they stopped being so exciting 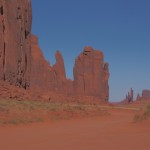 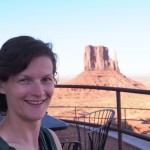 We have a method for making difficult decisions. We’re both pretty rational people, and if we can’t between us weigh up the pros and cons between two different courses of action and come to a sensible conclusion then … we toss a coin. The key is this: if we don’t both like the outcome the coin chooses we immediately do the other one. Believe it or not, this actually works surprisingly well.

Over the last few days, however, Mr Coin has had it in for Lucy. We have been choosing driving shifts on the coin toss method. I (James) have had beautiful straight interstates through long rolling grasslands with occasional stops for petrol and ice cream. Also, as driver I get to subject Lucy to my truly vast Led Zeppelin collection. Road trips are great!

Lucy, on the other hand has been journeying through an extremely scenic circle of hell reserved for newly passed drivers: 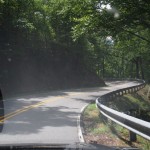 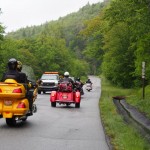 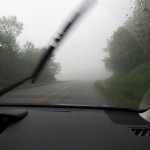 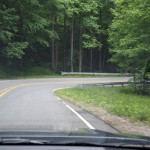 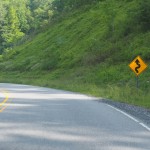 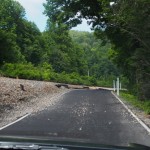 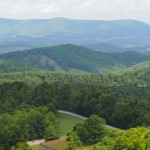 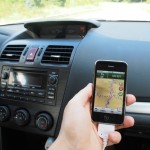 Did we mention the wiggly roads? 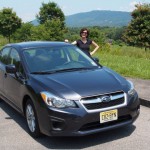 Yet she’s still smiling – what a trooper!

They say that amongst the most stressful things to go through in life are (i) leaving / changing job; (ii) moving house; and (iii) getting divorced. Well, I am of course a fantastic over-achiever – whilst (i) and (ii) were firmly in reach (see the stress-wrinkles!!), (iii) seemed sadly unlikely given my single status. Hence I decided to throw one more challenge into the mix: how’s about learning to drive? Too easy?? How’s about learning to drive IN MANHATTAN. With a total of 3 WEEKS to get your test.

In all seriousness, this was something I’d always promised James I’d do before we set off together on our RTW trip, incorporating as it does a 2,500+ mile drive across America. Lesson one – starting (in rush hour) on 52nd street before turning down Park Avenue – had me questioning the depth of our relationship: was I really willing to go through this? Really?? Many phone calls / active counselling sessions with my poor unsung parents later, I was calmer. The lessons continued, my prowess (confidence? lack of fear??) grew, and within a few weeks, I was the proud owner of a NY state driving licence (which, for those interested, in its temporary form looks JUST like a receipt. Haven’t accidentally thrown it away…yet).

This was a week before our road trip. Yep, that’s right, a road trip involving all SORTS of challenges rarely seen in a Manhattan driving lesson: motorways, bendy roads, supermarket car parks, calm and non-aggressive drivers (how does it work when no-one cuts you up whilst swearing at you in something very foreign and very fluent?). The challenges are endless. This post, then, is the first of a confessional series. First off the go:

Driving on an interstate [check out the SERIOUS expression]. Turns out I’m a SPEED DEMON. Who knew?!! 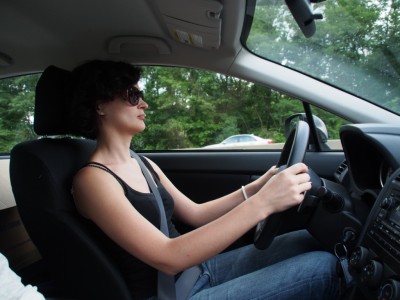 Skyline Drive. We’ll post a map of this. Suffice to say: BENDY. Think Alpine roads, then supersize (this is America after all). This puppy has a “runaway truck ramp” – 100m of gently upward sloping gravel bed – coming off it in event of truck-speed-bendiness emergencies! Day one: no-one died. Day two: starting to get the hang of it. I think. Also, no-one died. Bring on day 3!! 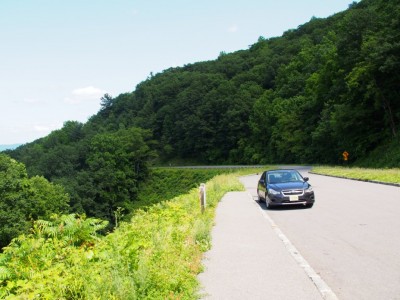 Driving…I guess it ain’t ALL bad.