Apologies for the slight delay in the next installment of our coverage of the Antarctica cruise – we’ve been hiking for the last week and hence rather out of email and web contact.

So. Where were we?

Ah, yes, we’d had day one (of three) of our landings, which had all been in the South Shetland Islands, a hundred miles north or so of the actual Antarctica peninsula. Whilst we’d had a lovely time and seen oodles of penguins we were both, at this point, slightly ambivalent about whether or not the trip was all we’d dreamed of…..

Maybe the expedition team sensed that too. The ship we happened to be on had a very short itinerary – 3 days of landings as opposed to the usual 4 days – and the expedition team had decided during the day that they were going to try to step things up a bit. As we arrived back on ship, they told us that for the next 2 days, we’d be going on 3 landings / zodiac trips per day (usually it’s just two), and that we could sensibly expect to be pretty darn knackered by the end of it all….but also pretty darn happy with all we’d seen.

So we went to bed feeling a little more optimistic….and woke up feeling really a LOT more optimistic. To be precise, what woke us was an announcement over the PA telling us that a humpback whale was close to the ship, and those in cabins on the starboard side (ours) might contemplate looking out their windows. Four bleary eyed footsteps later, we were about 50 foot away when the whale next breached and spent the next 5 minutes generally hanging about the place looking whale-y and waving its fin at us. The best and certainly biggest alarm call I have ever had!

Things were looking up.

As importantly, overnight we’d travelled to the Antarctic peninsula itself, so the scenery now was kind of what you expect: snow; mountains; glaciers; icebergs. Lots of icebergs.

So, off for excursion one: a zodiac cruise in the brilliant sunshine, gliding through fields of icebergs all gleaming blue with the snow-capped mountains sparkling in the background. For company, teams of penguins flying through the water next to the boat and the occasional elephant seal. It was without doubt one of the most beautiful places I have ever been; alone, for me, it would probably have made the entire voyage worthwhile. And that was just half of our first excursion of the day. As we came ashore to Cuverville Island we were greeted by a penguin tobogganing down the snowy slope towards us which, for whatever reason, was one of the things I’d really wanted to see (and it’s just as cute in real life as on TV). The sense that someone, somewhere was coordinating all of this to give us some kind of uber-Antarctic experience was only heightened as we watched a penguin fight off a skua that had just killed its chick (did I mention that the penguins all had chicks? Have you any idea how RIDICULOUSLY adorable a parent and chick penguin are??).

How do you top all that?

A post dinner zodiac cruise, apparently. Again, this was more about the scenery and the general atmosphere than the wildlife, and so we didn’t take our camera just so that we could both relax and appreciate the view. Sorry about that – it was rather spectacular, particularly the part where a glacier calved a couple of large icebergs, whilst we were quietly resting in our zodiac, engine off, a few hundred metres away, sipping our mugs of warm mulled wine and listening to the icebergs crack. A bit more time to enjoy the sun setting over the ice, then back to ship for a well earned rest before tomorrow’s escapades.

We’d had the most amazing day and any doubts we’d had about the cruise were long gone now. Looking forward to the next day, we kind of figured that anything else from here would just be gravy – I mean, how much more amazing could things get? 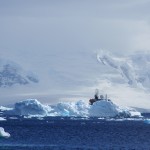 This is where we woke up on day 2. Hard to feel too grumpy, really 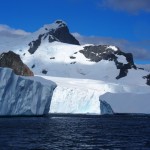 We set off in our zodiac to hunt down some icebergs… 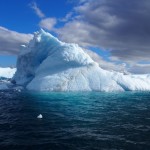 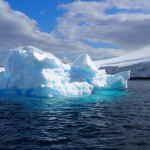 And another! And this one’s bluer! 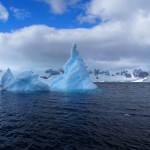 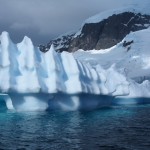 Ice accordion. Takes requests (but only from the wind….) 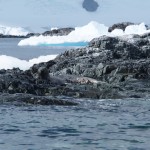 Seal. Just in case you’re bored of icebergs by now 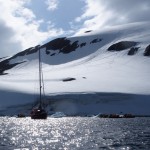 Well I suppose there are worse mooring spots 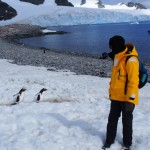 Avoiding STEPPING on penguins was an unexpected concern! 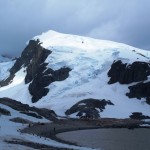 Not a bad place to live, if you’re partial to fish and don’t mind the cold 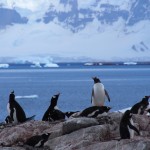 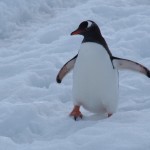 I’m trying very hard not to overload on cute penguin photos. But really… 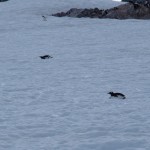 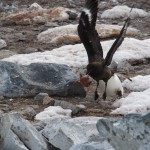 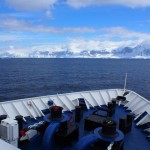 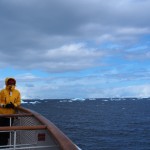 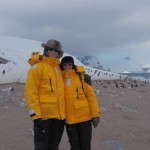 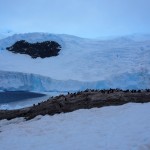 It had LOTS of penguins! 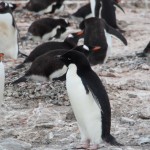 Including a rogue Adele penguin (spot the black beak) 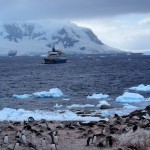 The ship in its natural habitat 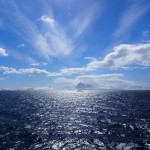 The end of an incredible day